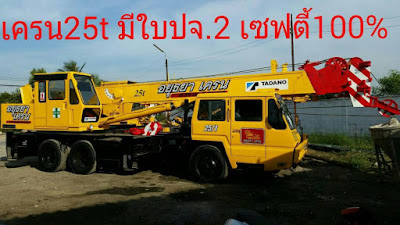 Glycerol or Glycerine or Glycerin (see spelling differences) is a simple polyol compound. It is a colorless, odorless, viscous liquid that is sweet-tasting and non-toxic. The glycerol backbone is found in all lipids known as triglycerides. It is widely used in the food industry as a sweetener and humectant and in pharmaceutical formulations. Glycerol has three hydroxyl groups that are responsible for its solubility in water and its hygroscopic nature.

Glycerol is generally obtained from plant and animal sources where it occurs as triglycerides. Triglycerides are esters of glycerol with long-chain carboxylic acids. The hydrolysis, saponification or transesterification of these triglycerides produces glycerol as well as the fatty acid derivative

Typical plant sources include soybeans or palm. Animal-derived tallow is another source. Approximately 950,000 tons per year are produced in the United States and Europe; 350,000 tons of glycerol were produced per year in the United States alone from 2000 to 2004 Production will increase as the EU directive 2003/30/EC are implemented, which required the replacement of 5.75% of petroleum fuels with biofuel across all member states by 2010, as glycerol is a byproduct in the production of biodiesel. It was projected in 2006 that by the year 2020, production would be six times more than demand.

Glycerol from triglycerides is produced on a large scale, but the crude product is of variable quality, with a low selling price of as low as 1–8 U.S. cents per pound in 2011. It can be purified, but the process is expensive. Some glycerol is burned for energy, but the heat value is low.

Crude glycerol from the hydrolysis of triglycerides can be purified by treatment with activated carbon to remove organic impurities, alkali to remove unreacted glycerol esters, and ion exchange to remove salts. High purity glycerol (> 99.5%) is obtained by multi-step distillation; vacuum is helpful due to the high boiling point of glycerol (290 °C)

Because of the large scale production of biodiesel from fats, where glycerol is a waste product, the market for glycerol is depressed. Thus, synthetic processes are not economical. Owing to oversupply, efforts are being made to convert glycerol to synthetic precursors, such as acrolein and epichlorohydrin.

Applications of Glycerol or Glycerine

In food and beverages, glycerol serves as a humectant, solvent, and sweetener, and may help preserve foods. It is also used as filler in commercially prepared low-fat foods (e.g., cookies), and as a thickening agent in liqueurs. Glycerol and water are used to preserve certain types of plant leaves.  As a sugar substitute, it has approximately 27 kilocalories per teaspoon (sugar has 20) and is 60% as sweet as sucrose. It does not feed the bacteria that form plaques and cause dental cavities. As a food additive, glycerol is labeled as E number E422. It is added to icing (frosting) to prevent it from setting too hard. As used in foods, glycerol is categorized by the Academy of Nutrition and Dietetics as a carbohydrate. The U.S. Food and Drug Administration (FDA) carbohydrate designation includes all caloric macronutrients excluding protein and fat. Glycerol has a caloric density similar to table sugar, but a lower glycemic index and different metabolic pathway within the body, so some dietary advocates accept glycerol as a sweetener compatible with low carbohydrate diets. It is also recommended as an additive when using polyol sweeteners such as erythritol and xylitol which have a cooling effect, due to its heating effect in the mouth, if the cooling effect is not wanted.

Glycerol is used in medical and pharmaceutical and personal care preparations, mainly as a means of improving smoothness, providing lubrication and as a humectant. It is found in allergen immunotherapies, cough syrups, elixirs and expectorants, toothpaste, mouthwashes, skin care products, shaving cream, hair care products, soaps and water-based personal lubricants. In solid dosage forms like tablets, glycerol is used as a tablet holding agent. For human consumption, glycerol is classified by the U.S. FDA among the sugar alcohols as a caloric macronutrient. Glycerol is a component of glycerin soap. Essential oils are added for fragrance. This kind of soap is used by people with sensitive, easily irritated skin because it prevents skin dryness with its moisturizing properties. It draws moisture up through skin layers and slows or prevents excessive drying and evaporation. Glycerol can be used as a laxative when introduced into the rectum in suppository or small-volume (2–10 ml) (enema) form; it irritates the anal mucosa and induces a hyperosmotic effect. Taken orally (often mixed with fruit juice to reduce its sweet taste), glycerol can cause a rapid, temporary decrease in the internal pressure of the eye. This can be useful for the initial emergency treatment of severely elevated eye pressure.

When utilized in "tincture" method extractions, specifically as a 10% solution, glycerol prevents tannins from precipitating in ethanol extracts of plants (tinctures). It is also used as an "alcohol-free" alternative to ethanol as a solvent in preparing herbal extractions. It is less extractive when utilized in a standard tincture methodology. Alcohol-based tinctures can also have the alcohol removed and replaced with glycerol for its preserving properties. Such products are not "alcohol-free" in a scientific sense, as glycerol contains three hydroxyl groups. Fluid extract manufacturers often extract herbs in hot water before adding glycerol to make glycerites.

When used as a primary "true" alcohol-free botanical extraction solvent in non-tincture based methodologies, glycerol has been shown to possess a high degree of extractive versatility for botanicals including removal of numerous constituents and complex compounds, with an extractive power that can rival that of alcohol and water/alcohol solutions.[citation needed] That glycerol possesses such high extractive power assumes it is utilized with dynamic methodologies as opposed to standard passive "tincturing" methodologies that are better suited to alcohol. Glycerol possesses the intrinsic property of not denaturing or rendering a botanical's constituents inert (as alcohols – i.e. ethyl (grain) alcohol, methyl (wood) alcohol, etc., do). Glycerol is a stable preserving agent for botanical extracts that, when utilized in proper concentrations in an extraction solvent base, does not allow inverting or reduction-oxidation of a finished extract's constituents, even over several years.[citation needed] Both glycerol and ethanol are viable preserving agents. Glycerol is bacteriostatic in its action, and ethanol is bactericidal in its action.

Vegetable glycerin is a common component of e-liquid, a solution used with electronic vaporizers (electronic cigarettes), that is heated with an atomizer to produce a vapor in order to deliver flavors and optionally nicotine.

Like ethylene glycol and propylene glycol, glycerol is a non-ionic kosmotrope that forms strong hydrogen bonds with water molecules, competing with water-water hydrogen bonds. This disrupts the crystal lattice formation of ice unless the temperature is significantly lowered. The minimum freezing point temperature is at about −36 °F / −37.8 °C corresponding to 70% glycerol in water. Glycerol was historically used as an anti-freeze for automotive applications before being replaced by ethylene glycol, which has a lower freezing point. While the minimum freezing point of a glycerol-water mixture is higher than an ethylene glycol-water mixture, glycerol is not toxic and is being re-examined for use in automotive applications. In the laboratory, glycerol is a common component of solvents for enzymatic reagents stored at temperatures below 0 °C due to the depression of the freezing temperature. It is also used as a cryoprotectant where the glycerol is dissolved in water to reduce damage by ice crystals to laboratory organisms that are stored in frozen solutions, such as bacteria, nematodes, and mammalian embryos.

Glycerol is used to produce nitroglycerin, which is an essential ingredient of various explosives such as dynamite, gelignite, and propellants like cordite. Reliance on soap-making to supply co-product glycerol made it difficult to increase production to meet wartime demand. Hence, synthetic glycerol processes were national defense priorities in the days leading up to World War II. Nitroglycerin, also known as glyceryl trinitrate (GTN) is commonly used to relieve angina pectoris, taken in the form of sub-lingual tablets, or as an aerosol spray. Allyl iodide, a chemical building block for polymers, preservatives, organometallic catalysts, and pharmaceuticals, can be synthesized by using elemental phosphorus and iodine on glycerol. A great deal of research is being conducted to try to make value-added products from crude glycerol (typically containing 20% water and residual esterification catalyst) obtained from biodiesel production.  The use of crude glycerol as an additive to biomass for a renewable energy source when burned or gasified is also being explored.